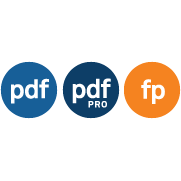 “FinePrint is as close to perfect as any program I have purchased and is so very, very useful. Thank you for producing this brilliant product – and for FineTuning it!” – Bob G.

A note from Jonathan Weiner, co-founder:

FinePrint, our first product, was conceived when I was working as a software architect at a large financial company.  We were producing huge amounts of paper documentation and it bothered me how much of it was wasted. I got together with Mark O’Brien and we came up with an idea about how to solve the problem.  After six months of moonlighting we released FinePrint in 1996.  A year or so later we were having so much fun with FinePrint, we quit our day jobs and started working on it full time.

In 2001 Adobe released the specification for PDF allowing developers to create PDF applications. We wanted a PDF creator that worked as well as FinePrint so we created pdfFactory and pdfFactory Pro.

Our products are designed to be simple, fast and beautiful. In a world of three-tiered toolbars, you will find our products to be a breath of fresh air.